Following Japan’s bombing of Pearl Harbor on December 7, 1941, Japanese Americans living on the West Coast were removed from their homes under the terms of Executive Order 9066 and forced into incarceration camps scattered across the western and southern United States. Approximately 120,000 residents of Japanese ancestry, nearly two-thirds of whom were American citizens, were denied their constitutional rights and imprisoned without trial simply because they looked like the enemy.

Using images, audio, interactives, and testimony, Courage and Compassion provides a 360-degree perspective of the World War II experience of Americans of Japanese ancestry while exploring the relevance of these events today. The exhibition honors people across America who stood up to recognize Japanese Americans as friends, neighbors, and fellow citizens.

The Courage and Compassion special exhibition is included with Museum admission.

Courage and Compassion: The Japanese American World War II Experience is courtesy of: 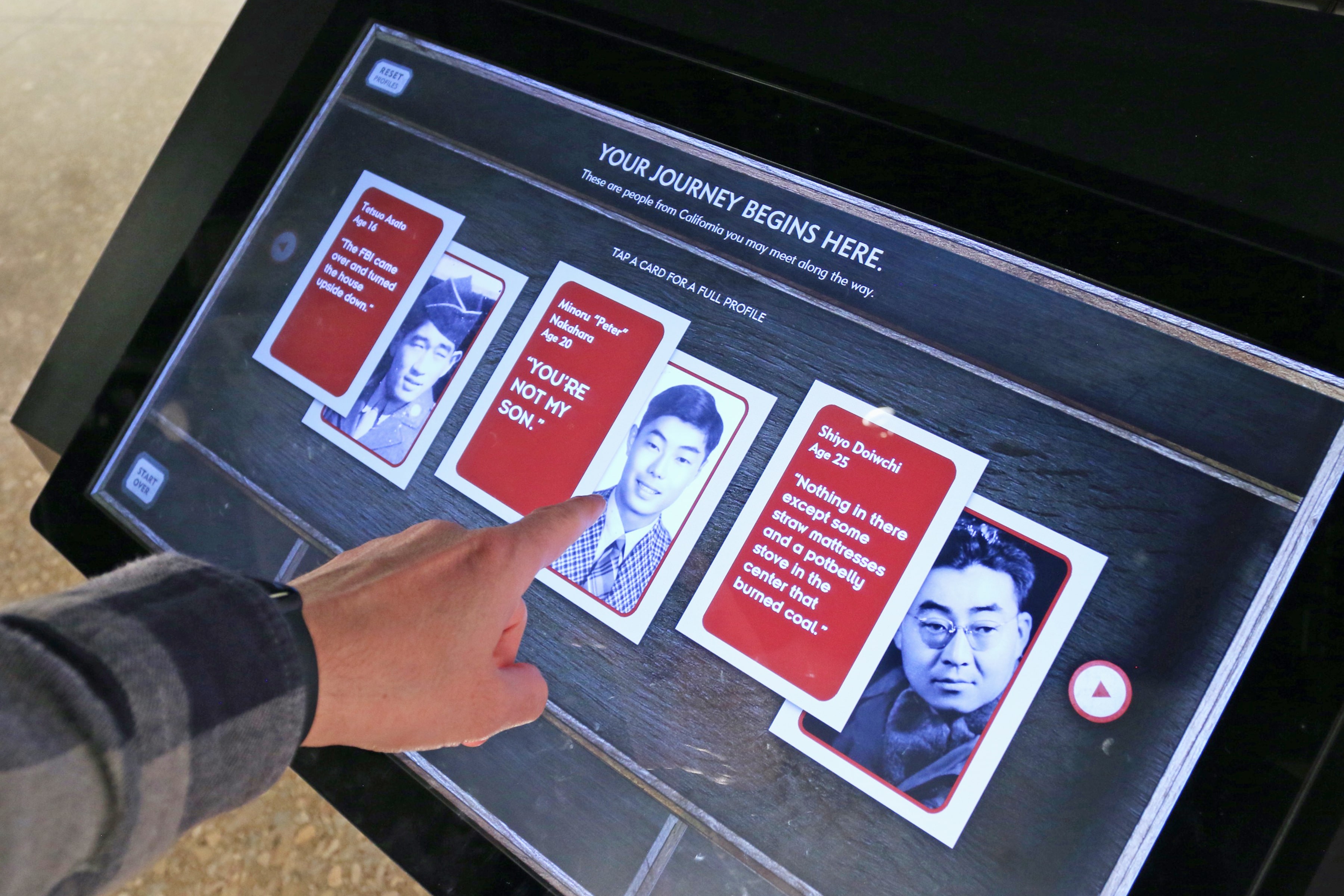 The T-Patcher from June of 1980 describing the upcoming reunion between the 36th Division and 100/442 RCT. From Go For Broke National Education Center. Born in Hawaii, Goro Matsumoto came from a large Japanese American family whose craft was shipbuilding. After Pearl Harbor, Goro and his younger brother, Ralph, attempted to enlist in the United States military. Goro was accepted and enlisted in the 442nd Regimental Combat Team (RCT) while Ralph was held back due to his shipbuilding skills. Goro was assigned to I Company of the 442nd RCT and served in the European Theater. In October 1944, the 442nd was rescuing a group from the 141st Regiment, from the Vosges Forest in France when he was killed in action. An in memorium to the family of Goro Matsumoto, a member of the 442nd RCT. Goro was killed in action during the rescue of the "Lost Battalion" on October 29, 1944 in France. Dated May 21, 1947. From Go For Broke National Education Center.